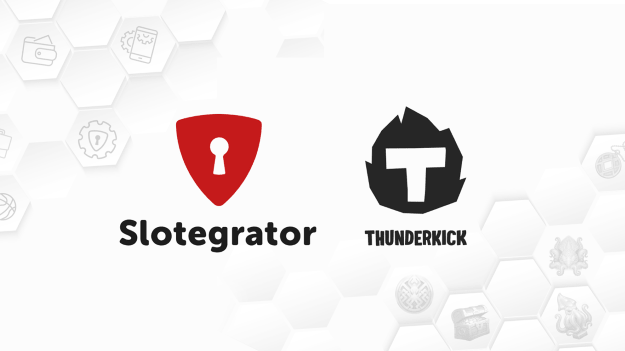 The company was established in Stockholm in 2012 by enthusiasts full of innovative ideas who were seeking new directions in game development. During Thunderkick’s years of operation, it has managed to establish itself as one of the top companies in the gambling industry by focusing on creating “content that leaves no one untouched.”

Regarding the new partnership, Thunderkick’s Senior Account Manager, Fredrik Ekholm, had this to say: “The people at Slotegrator are great to work with and have a lovely attitude, making them a perfect partner for us.” Slotegrator is delighted to have Thunderkick among our partners as well.

Thunderkick’s games are in high demand among players because of their atypical storylines and artistic graphics. Game mechanics and slot features like bonus games with Free Spins, transforming symbols, Wilds, and Multipliers add even more charm and magnetism to the developer’s titles.

The company’s games are popular among players in many markets: Europe, Africa, Scandinavia, CIS, and Asia. The developer’s top-performing games include slots such as Midas Golden Touch, Pink Elephants, Esqueleto Explosivo 2, Sword of Khans, Carnival Queen, Riders of the Storm, and The Falcon Huntress. Adding Thunderkick slots to a casino game portfolio will increase the users’ interest and bring new players to the platform.

Read the full article at Slotegrator.pro

Since the company’s foundation in 2012, Slotegrator has been one of the iGaming industry’s leading software solution providers and aggregators for online casinos and sportsbooks. Headquartered in Europe with a strong presence in the CIS market, Slotegrator is consistently expanding its product offering, which includes online casino platform and white label solutions, a vast portfolio of casino games from the world’s best slot game developers, live dealer games and virtual sports, payment processors for online gambling projects, licensing services, and much more. The mission of the company is to facilitate the growth of the iGaming industry ecosystem through acting as an intermediary to bring together various pillars of the industry.