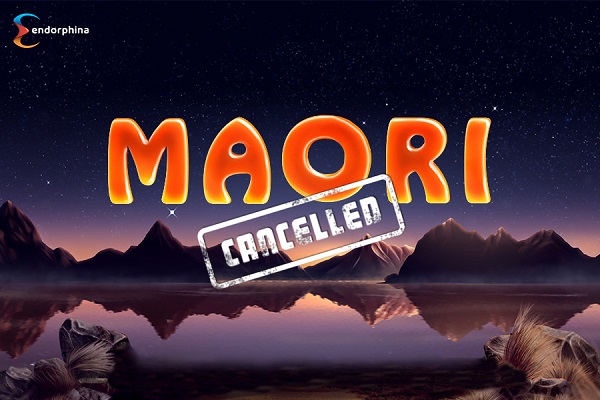 For our company, 2016 was a very successful year –– a lot of new team members, new projects and of course, new game releases. Our portfolio is known for its fine selection of themes for our games. We always bring the newest and the most attractive topics to the game industry, something that noone has done before.

The last release of the year, the Māori slot, was one of the games that we worked on for over a year. This one-of-a-kind game with beautiful 3D animations of the Haka dance, authentic symbols and accurately portrayed face tattoos of the Māori people was released in the end of 2016. The game was available on our website www.endorphina.com and in our partner casinos. It was warmly welcomed worldwide and received very positive response from players.

The Maori slot game was officially introduced as the celebration of the cultural heritage of New Zealand. This remarkable culture, traditions and symbols were shaped over hundreds of years in complete isolation and we intended to pay tribute to it. After months of research and weeks of finalizing the finest details, the project resulted in a visually attractive and culturally on-point game that soon gained a lot of attention.

Despite globalization and their successes and achievements in certain areas, there are still many countries where people haven’t yet heard about Māori. We wanted and also managed to change that and raise awareness about this outstanding culture and its people.

Unfortunately, the game was not received well by everyone. Some New Zealanders and the authorities of certain tribes were distressed by the theme of the game and the fact that their culture and symbols were depicted in such detail in an international online game without prior notice. Hāpai Te Hauora, the Māori public health agency, demanded the withdrawal of the Maori slot from the game portfolio as well with our official apology.

Our main intention with the Māori game and with any other culture-oriented game is always to broaden the cultural knowledge, open-mindedness and understanding among people. Our games are made to entertain people and we want to give them an option to get on a journey to different worlds and realities without the need of leaving their homes. Also, we try to convey the experience of exploring and discovering new countries to a wide audience worldwide as not everyone is lucky enough to be given the privilege to travel and see the world himself.

Creating a culture-related game, we do not intend to specifically target people that are related to this culture. We want to attract foreign players and give them an exclusive insight to different cultures, those that exist nowadays as well as those who don´t, like our Urartu slot. This game was appreciated worldwide but the positive feedback also came from Armenia and local players. When we receive positive feedback from the country the game was designed after, it is the most valuable recognition we can ask for as developers.

Edgar Mkrtchyan, Casino Manager at BetConstruct stated: “Players in Armenia were truly delighted when we started offering Endorphina's slot Urartu to our partner vbet.com. So far it has been the top performing Endorphina slot available in this market. It is exciting that Endorphina has created a game about the Armenian culture and the Kingdom of Urartu with a 3000-year history. With this, they gained in favor with local players.”

Endorphina’s team is whole-heartedly sorry for this unfortunate situation and our official apology has already been sent to Māori authorities. It was never our intention to insult Māoris or to cause any kind of cultural misinterpretation.

After the negative feedback, the Māori game was temporarily withdrawn from our game portfolio and necessary changes in the design are being made to remove all elements that could evoke any connection to Māori people and their culture.

Robert Novak, Head of Development at Endorphina: “It’s truly regrettable that the game couldn’t have stayed in its original design as it was one of our most detailed and elaborate games. The whole team and me especially, feel very sorry. I visited New Zealand myself, travelled 7000 km all around the country and spent there several weeks and fell in love with the country. The people, nature and the country itself will be in my memories forever and in fact, those are the greatest memories of my life. I wanted to create the Maori game purely out of love to reflect all the warm emotions it evokes in me.

About Endorphina
Endorphina, headquartered in Prague, Czech Republic, is a B2B software provider used by some of the most successful platforms and operators in the igaming industry. Their highly skilled specialists are an assurance of success and professional approach for their business partners. Endorphina succeeds at uniting the best online gaming experience with cutting-edge technology to create games that attract players with not only its beautiful design and authentic atmosphere, but also with the real thrill of gambling. Endorphina aims to always bring the unique themes of the games to its players and that’s why their games are loved by the players across the globe. The attention to detail, professional business approach and a personalized service makes Endorphina the winner’s choice.